What skills are necessary for a developer to call themselves full-stack? It’s a term you hear a lot, but one whose meaning is harder to pin down than a lot of people think. 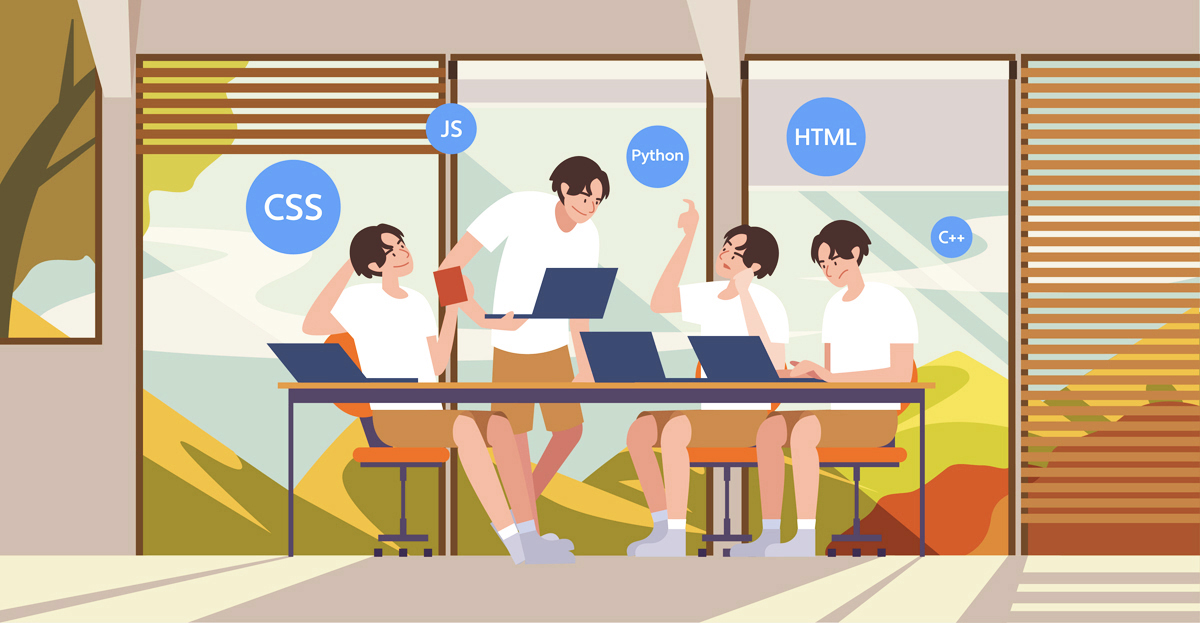 That said, if you’re looking at the industry and dreaming big, here’s a primer on the things you need to know before you can call yourself full-stack, and some guidance about where to start.

Frontend and backend: know the difference

What is a full-stack developer? Well, somebody who knows both frontend and backend. What are those?

Or, think about logging in. To create an account somewhere, you need to go through a website and fill out a form (frontend) which then stores all your account information on a database server (backend). Whenever you log in (by typing your username/password into a frontend interface), the system has send your username/password to the backend and check whether they’re correct, then serve the correct page for the logged in user.

Almost every developer starts in the same place: HTML and CSS. They’re both simple front-end languages used for web design. There’s a couple of reasons everybody starts with them:

Once you’ve spent some time looking at courses like codecademy, you want to grab yourself a light code editor like Atom or Brackets. This software lets you plug in and check your code, and will let you experiment freely. They’re very simple to learn, but also have a lot of depth. There’s also in-browser editing/testing environments like JSFiddle that will let you run code with very little setup. Eventually you’re going to want to grab a full IDE (integrated design environment), but Atom and JSFiddle are where you want to start.

The other option is to seek professional advice: attend a coding bootcamp or take a university course. These are expensive options, but they tend to give you a much more well-rounded toolkit. Coding bootcamps in particular are very good if you can afford them, and have an excellent post-camp employment rate.

You’ll often hear the term ‘programming language’ get thrown around to mean any code, but it specifically means a language that programs things. HTML and CSS display things, but JavaScript can do things-among other things, it can add interactive elements to a web page that totally change the user experience (UX). There’s a few options for programming languages to start with:

SQL (structured query language) is an absolute must for any developer, and is crucial to most backend systems. In the last 10 years we’ve seen the rise of NoSQL databases like MongoDB that run very differently, but SQL is still one of the most useful and important languages on the planet.

Imagine an Excel spreadsheet. Now make it bigger. Bigger again. Now stack 1000 of them on top of each other. That’s a tabular database, which is the sort of database SQL is designed to access—it asks questions that allow it to locate specific tabs extremely quickly, and pull up information from them. Almost every website and app you use needs to call up information from a database somewhere. There are apps and services that run entirely client-side but they’re rare.

It’s not enough to just know SQL: you need to know SQL back-to-front. You need to see query strings in your dreams. Even with Mongo gobbling up more and more market share, you can’t call yourself full-stack if you can’t run a tabular database.

There are several structured query languages, though you don’t need to worry about that for now: start with MySQL and start looking at others when you feel more confident.

We talked about restaurants earlier and in that metaphor, the server is easy. It’s, well … the server. It communicates orders back to the kitchen (database) and it brings you out your food when it’s ready. Server architecture is its own whole field, loosely-related to networking but also a world of its own. Web servers, application servers, database servers: there’s a server for everything. It is a key channel for communicating between the frontend and the backend, and knowing how one works is critical.

At this point, you’ve got a solid basis to call yourself a full-stack developer. I say a basis: it’s a start. You can make attractive frontend content with HTML/CSS, you can program it with C++/Python/JS, and you can make requests to your database server with MySQL. Is that enough, though? It’s a solid start, but no. Next, you need to get into the real nitty-gritty.

An API (application programming interface) is a system that lets you interact directly with somebody else’s application. Have you ever seen a button on a site that says “sign in with Google” even though Google has nothing to do with the site? They’re using a Google API to give you an easier option to log in.

There’s a Marvel API and a Star Wars API you can use to pull up information about characters and events in those universes. It’s not just big companies that have APIs either: there’s an ocean of smaller ones like CatAPI, which lets you add a directory of cat pictures to your site. If you want a fairly simple API activity to start out with, try to use the Twitter API to tweet from your computer’s console.

REST APIs are currently very popular, though GraphQL has been gaining popularity in recent years—RESTful APIs are very reliable, but GraphQL are high-performance.

Git is a version control system that is invaluable to collaboration. It records any changes to a piece of code, and lets you know who made them and when. Developers can also add notes to let their team know why they made the changes. Git is not the most intuitive system, and it will take a lot of practice to fully understand what you’re doing.

It’s not enough to just made an interface, you need to make a good interface. UX is the art of understanding how end users will interact with your product, and designing it so they have the best experience possible while still retaining strong branding and artistic vision.

DevOps has become a more and more crucial part of the pipeline over the last 10 years and they are only becoming more important as software gets more and more complex. It’s not enough to be good with code (though that is a prerequisite), you need to be good with people. Code is hard enough, but coordinating code across multiple teams in a way that ensures fast delivery requires a very rare mix of tech skills, people skills and organisational skills.

No. That’s a very rough sketch of the sort of broad skillset required of a full-stack developer. There is always more, and it’s always changing. We’re twenty years into an exponential spike in computing complexity. A new JavaScript framework rises and falls every 18 months. New languages and platforms and data models seem to pop up every day.

One thing you’ll learn about tech is that you never stop learning. If you keep learning long enough, you go full-stack. It’s less of a profession than a coming-together of a dozen different strands—it’s iron and coal coming together to make steel. The best you can do is to adopt a broad approach to development, always be curious, and never stop learning. Ambition is wonderful, but it must be paired with dedication and patience if it’s going to mean anything.

That’s what it means to be full-stack.

If you have aspirations of being a full-stack developer or really if you’re interested in code work at all, please do get in touch with our team at CodeClouds. We have teams all over the world and we’re hiring developers right now. We do a diverse range of projects and can offer you frontend work, backend work, and everything in between. Contact us today! 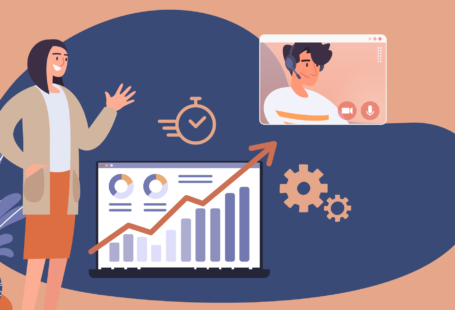 Getting Your Startup Ready for the Post-Pandemic Market 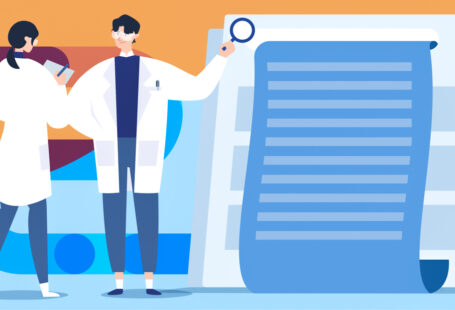 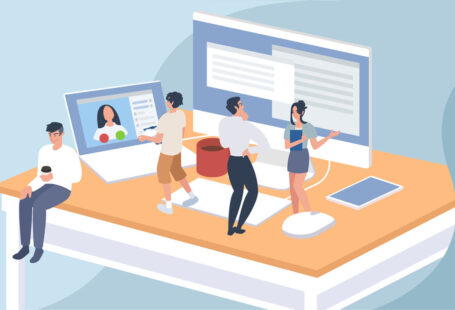 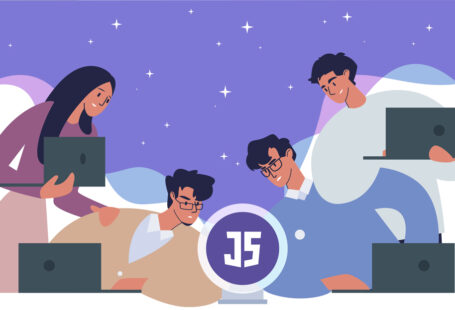